Struggling to learn the lessons of Vietnam – How about Now?!?

Ten facts on the Vietnam War

Facts lead people to perspectives, which are opinions about a subject, based on things they have seen, heard, read, or experienced.  There are many perspectives on the Vietnam War.

In addition to being called the Vietnam War, it is also known as the “Vietnam Conflict,” the “Vietnam Experience,” the “Second Indochina War,” and, in Vietnam, some people call it the “Resistance War Against America,” or simply the “American War.”  Each of these names reflects the perspective or viewpoint of the speaker.

This war, regardless of its name, is a landmark in American history.  One reason is, this is the first time the American military won every major battle in a war, but somehow lost.  Even though it was not the veteran’s fault, somehow they were blamed for it.  It is not only important to look at the war as a historic event, but how it has shaped the present day.

As we know from the above facts, during the war, most of the perspectives among civilians, even some family members, were wrong.  Most people, then and today, believed that the service members sent to Vietnam were high school dropouts who were drafted.  They believed that the (typical) Vietnam Veteran did not stand behind their commitment to the war, and would desert rather than fight.  We veterans here today, know that was not true.  Most Vietnam veterans were volunteers, most were honorably discharged, and over 70% would serve again, even knowing the outcome of the war.  However, in the 1960’s and 1970’s, people back home did not know this, and spoke or acted according to their prejudices.

Most service members returned home from the fighting to a country that did not welcome them.  There were protesters at the airports, waiting to hurl insults at them – as well as rocks and other unpleasant objects.  Families did not understand the strain returning veterans were dealing with.  Many veterans with Post Traumatic Stress Syndrome were shunned, or stigmatized as being crazy, unstable, violent, or drug addicts.

Because of quick MEDEVAC by helicopter, many Vietnam veterans survived wounds that would have killed a wounded person in World War II or the Korean War. This left behind a staggering number of disabled veterans that the Veterans Administration was not prepared to care for. For the healthy, jobs were hard to find, and many marriages broke up because of a lack of mutual understanding and communication.

After 1969, American forces began pulling out of the war zone, oftentimes at the peril of our remaining allies among the indigenous populations.  Because of the secret wars we were fighting in places like the jungles of Laos and Cambodia, it was easy to abandon our covert allies to their fates.  Similarly, when Saigon fell in 1975, although there was one massive airlift of refugees out of Southeast Asia, there was very little will on the part of the American government to provide sanctuary for our former allies, or even our own service members.

According to counts from the Defense POW/MIA Agency, 2,646 service members were listed as missing from Vietnam, Laos, Cambodia, and China.  For years, the American government did little to investigate claims of Prisoners of War being held in work camps, or to recover the bodies of the dead.  I think in part, the shared outrage of veterans and their families over this policy became one of the greatest rallying points of Vietnam Veterans, which led to great changes.

In many places in the United States, a flag that is often flown on the same pole as the stars and stripes is the POW/MIA flag, with its simple words, “You Are Not Forgotten”.  Along with your own fallen and missing, you Vietnam Veterans and your families decided this would not happen to service members in future wars – and this country is the better for it.

Many of you continued fighting for the right things, and made them happen. Most Vietnam Vets married, raised families, and opened businesses.  Some of you entered public service and, over the years, changed policies and rules. As of 2016, over 1,000 POW/MIA’s have been recovered or repatriated.  This concern now extends to missing service members of all wars.  Here in the Northwest, we recently saw the return of a comrade who died during the Korean War. This is due to your perspective and efforts.

Concerns over the way our government abandoned our allies in Southeast Asia have created some government policies, which have allowed a few of our brave and dedicated allies to find sanctuary in the United States.  In my opinion, these policies need expansion, but at least they exist, which is more than what we had in the 1960’s and 70’s.

Most important is the change in attitude and perspective among civilians regarding service members in the current wars.  That change is summed up in the phrase, “Even if you do not like the war, do not blame the service member.”  I graduated from Army Infantry Basic Training in 1980, five years after the fall of Saigon.  At that time, service members flew home in uniform.  I remember as if it was yesterday, I was so proud.  But no one on the airplane would sit next to me at that time – because I was in uniform.

Moving forward in time, I was surprised in 2002, when I returned home from my first tour in Southwest Asia, and traveled in uniform.  The flight attendant hugged me, and said, “Thank you for your service.” It was amazing.

There is now an increased awareness among Americans that no one returns from a war unchanged, even if the service member never saw combat. While most Americans who have never served still have trouble understanding, most of them are willing to try. The VA has increased its programs to assist returning veterans. There is a greater understanding of the effects of PTSD, and newer therapies and drugs to help the affected.  In the case of disabled veterans, particularly amputees, the VA and medical community at large are pioneering the design of new prosthetics.  The same is true for finding employment.  While some people are still wary of veterans, many former veterans own businesses, and actively seek to recruit veterans as employees.

While none of these recent efforts to welcome veterans home are 100 percent perfect, the initiative is there, and much better than the welcome Vietnam Veterans received.  I and most veterans of the Global War on Terrorism recognize this, and appreciate it.  We owe this to the ones who were never thanked, but vowed the next generation would be.  I would like to close by saying from the bottom of my heart, to all veterans, living and dead, and their families, “Thank you for your service.” 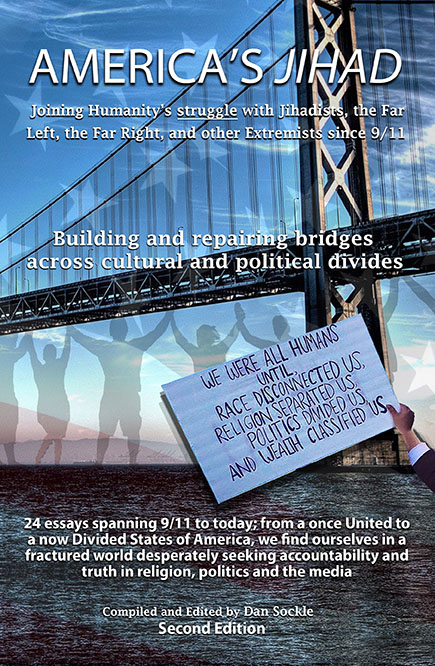